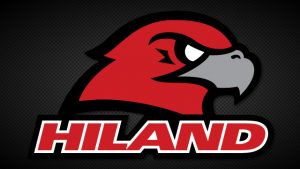 See below for the official response for the Soccer Turf Project!

Over the last 5 years we have been working to improve the Hiland soccer field. It has both drainage and surface related issues that affect its usage. During the past year school personnel, business owners and community members worked together to create a plan to upgrade the playing field with a turf surface. That plan allowed us to correct the drainage and surface related issues and increased the use of the field greatly for the school. The current field is used by 6 East Holmes soccer teams and over 100 students during the fall season and through the year. With synthetic turf the field can be used by soccer teams year around. Hiland Athletic Director, Art Yoder, noted, “The turf field will make added and new space for baseball, softball, marching band and physical education classes”.

Erik Beun, East Holmes Superintendent, said “That from the beginning of consideration for the project, it was decided that funding will be 100% donated contributions—using NO School budgeted funds”. Beun further noted that January of this year was the kick-off for fundraising. The local support gained significant momentum, so that by mid-March the entire project was nearly fully funded with community pledged donations. If anybody in the community wants to join in support, call Athletic Director, Art Yoder, at the High School.

With plans in place to start the project, Covid-19 hit the State and community. In response, the Committee decided to do a “pause” and consult with the East Holmes Board, donors and community on whether to reconsider and evaluate the timing of the project moving forward. The Committee reached out to over 60 community individuals and business donors for counsel in light of the changed environment, and on the question of moving ahead with the project and also sought confirmation on the pledged donations. The feed-back was nearly unanimous of renewed support, and further that the project should proceed as planned. So with this generous affirmation the decision was made to proceed. East Holmes Board President, Steve Miller, stated “The Board is very pleased to announce the project will move forward this spring and summer—making it ready for the fall 2020 season. The initial commitment from donors and the recommitment when they were asked again within the last two weeks is a reflection of the kind of community we live in. Words that come to my mind to describe our community are generous, involved, caring. This entire project will be done with donated funds”. And Beun added, “Yes, life will return to a new normal when we can again gather, play and work together in our community.”

The projected time-line for the project is as follows: Start May 1 with excavation of current top soil and site preparation; Throughout May the surface filled to sub-grade and concrete curb installed around inside of the track; In June new drainage installed with final stone subsurface in prep for turf installation; July—install new turf and by August 1, weather permitting, the project will be completed and ready for use.

Pirate Invite
10:00 am
View All Events