I’d rather over-inform:  tonight’s JV boys and girls soccer games will start a little later.  First game start time will be 6pm instead of 5pm.  Our opponent can’t get a bus in time to make the 5pm start.  Again – we start at 6pm tonight AT HILAND Art

Hey! I’m known for a lot of things, but omni-present isn’t one of them.  Thanks to the coaches, here’s what the Hawks did today: Cross Country @ Claymont Invite: 3 kids bring back hardware: Hunter Yoder (HS) 20th, Julee Zinck (HS) 38th and Brooke Miller (JH) 24th Freshmen Volleyball Tri vs. New Philly/Garaway: played NP

Just to make sure everybody is on the same page with athletic events, for the next few months I will be doing an article every Friday that includes all events/practices for the following week. Click here to view all of next weeks events:  All Event Schedule 8-23 thru 8-30 PLEASE… go to the hilandathletics.com and

First day of school and already changes need to be made 🙁 1. JV Girls soccer tonight @ River View 5pm – use State Route 83 South to 36 West to get to River View.  Route 60 is either closed or under construction. Bus will leave around 3pm or a little after 2. Jr. High 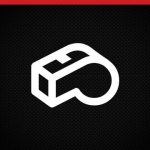 Hiland Athletic’s alert message system is now up and running.  Facebook, Twitter, text and email will be the methods used through the hilandathletics.com website to get information out on game changes, cancellation and/or rescheduling of games. Be sure you sign up for whatever program(s) you want information/alerts.  You can add/remove and change your options at 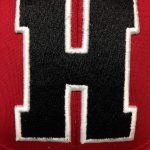 Need to know when practices are for next week (or month) for any Hiland in-season sport?  Click on the link in the “Sports Calendar” section on hilandathletics.com and you’ll be able to see what practices/games scheduled thus far through 2017! Don’t forget to sign up for alert messages via email and text.  That system should

The IVC Jr. High Early Bird golf event at Willandale Golf Course has been cancelled for today. No word yet if the event will be rescheduled.

In addition to Facebook and Twitter, you can now sign up for text and email messages on Hilandathletics.com Sign up is on the home page of the website. Just follow the instructions and you’ll be able to get set up in a couple minutes.  Select however many sports programs you want. Art

The proposal to allow Hiland athletes to compete in two sports during a season was approved by the Hiland Athletic Council on July 28, 2014.  On Monday, August 4th, the East Holmes Board of Education ratified the Athletic Council’s decision. Starting with the 2014-2015 fall sports season, athletes will now have the opportunity to declare